Spent the better part of an afternoon making a box for my Magic Mirror Mask, cutting an oval shape to make it look as it were really oval, and making the two way mirror! Still a ton of playing around and detailing left, but at least I have the overall base finished.

The two way mirror was accomplished by using a privacy window film from Gila. Essentially, if it is lighter on the outside the film acts like a mirror and will show a reflection and as soon as there is more light on the inside of the box it will expose the talking mask!

The film was straight forward to use, but I will caution on cleaning the glass VERY VERY well. I had a few particles stuck under the film and they did squeegee out, but in the process it scored the film. Ah
well. It adds the the overall look.. haha.

Still going to play around with the lighting a ton to get a clean effect! I am using a scary terry servo board to make the mouth sync to the sound from my ipod. I may use the right and left channels to control sound and lighting.. Have the right channel for the mouth movement and use the left channel to turn the lights on as soon as the mask starts talking and off once he stops.. Will be a lot of editing in audacity, but should add to the overall effect! 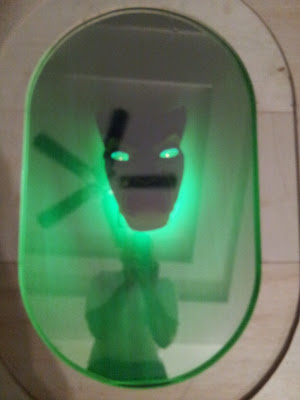 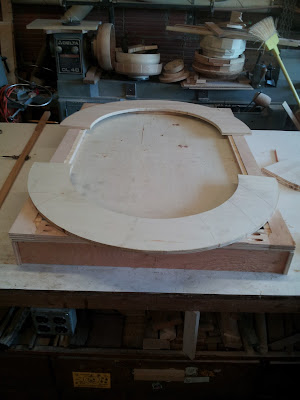 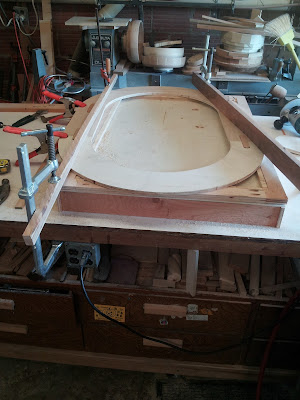 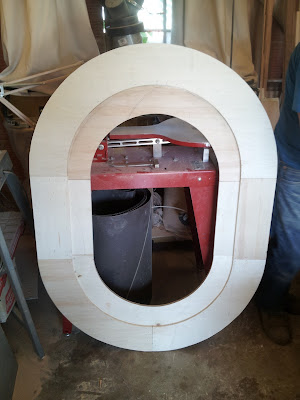 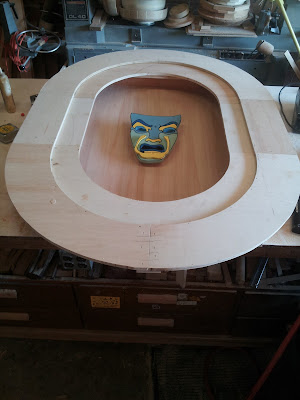 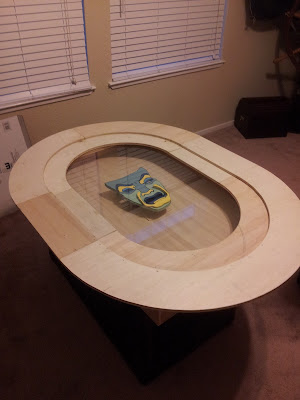 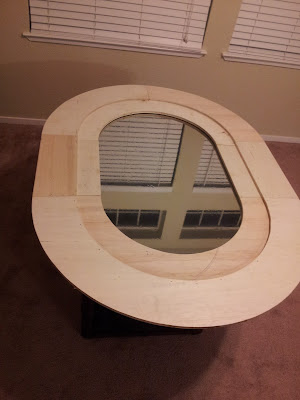 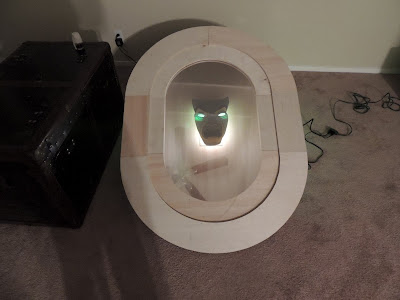 Sorry about all the noise in the background! My Wife was ten feet away working on bows and the sound was picked up by the camera! Haha!