Pretty much all my hobbies overlap in one way or another in terms of methods I learn, or can apply towards something else which is pretty cool. I owe a great portion of my wedding props and what I was able to build in part to some amazing tutorials that were Halloween related on Halloween Forum and applied the same concepts to simple Alice in Wonderland inspired decorations! Another common thing that all my projects have in common is my car. I own a 1957 Volkswagen bug that has been my work horse! Often neglected, but it keeps on going. I was very passionate about vehicles when I was slightly younger and more carefree with my money, but after awhile it was a never ending pit of money on different vehicles I owned and the directions I wanted to take them. The VW was my second Volkswagen I owned and I spent around $10,000 upgrading the suspension, disc brakes, transmission, engine, and wiring harness, so basically I had a new car that looked like crap! While I never got around to fixing the body work, I basically drove my car year round for about six years. I didn’t treat it as well as I should have and now the tranny grinds because the synchros are out because I was trying to race people left and right because I put a mild performance engine in it! That was almost eleven years ago and while the car has its problems for the most part I have kept it running. One reason is because this is how I collect my materials! From 4X8 sheets of plywood, lumber, parts, etc this damn car has done it all. When I had to purchase furniture for my new home I took it home on the rear decklid rack, I’ve transported my coffee table coffin, Alice in Wonderland photo shoot wall, and anything else I have made in this damn little car!

Recently I stopped driving my now daily driver my 2011 Harley Road King and I have started to fix up the VW ever so slowly. I love old cars. You can work on them and much like a Halloween project if you are willing to read a tutorial there isn’t a thing you can’t do on your own. Your own willing is the only thing that will hold you back! I’ve always thought of running my own business and having the VW be some what of a calling card and always wanted attention pulled to it. I’ve also loved lowered cars and after owning a ’66 Cadillac that layed on the frame in thanks to air suspension, I’ve been hooked. I’ve had a front end on my VW that has an airbag that will allow the vehicle to raise and lower by having air supplied to the air bag. Best of both worlds, but very similar to my house where I have a million started ideas that have been waiting completion, I hardly finish anything once I start and instead of doing said idea it becomes a dream to look forward to instead of completing it! Bad habit! Recently, since I have been driving the VW a lot less air naturally comes out of the air bag and the vehicle rides incredibly low to the ground and will start collecting reflectors in the road. I needed this problem fixed, so I was going to put the vehicle back up to stock height and forget about my original ideas. Once I started pricing out a new front end, stock spindles, and new brakes because the dropped spindles and disc brake kit I have won’t work with anything else, I was well over $2,000 in parts which would take me forever to save. So I did what I have been lagging on for so long! I bought a compressor, tank and solenoids. The cool thing about this is I can inflate the air bag in the car from the compressor and tank in the vehicle and adjust the ride height without having to inflate the bag manually and hope it maintains enough pressure until I check it again! This also means I have access to pneumatic props right from my car!! Nice!! I purchased a kit from fright props YEARS ago that was a trunk lid opener that ran of a pneumatic cylinder and I was so excited to purchase the prop I failed to realize that since I didn’t have a compressor at home the only place I could see my prop in action would be at my Grandparents. So like a lot of projects I have the supplies buried away in my coffin supply cabinet and I forget about them!

Now I can use that kit to make somewhat of a Monster in a Box that will sit on the rear decklid rack of my car. Now I can combine two things I love. My Volkswagen and my obsession for making stuff I think is cool. I have a million ideas in my head on making a vintage looking trunk with vintage inspired custom stickers from places of lore from horror novels, or films. Imagine walking behind my car and seeing a normal looking luggage piece and having them lid slam up and down, making noise, possibly having fog come out.. the ideas are endless. Money and time will all come into play, but this will be the next thing I turn into a reality! I am also going to try and drive my VW for a month straight just to see how reliable I can depend on it now. 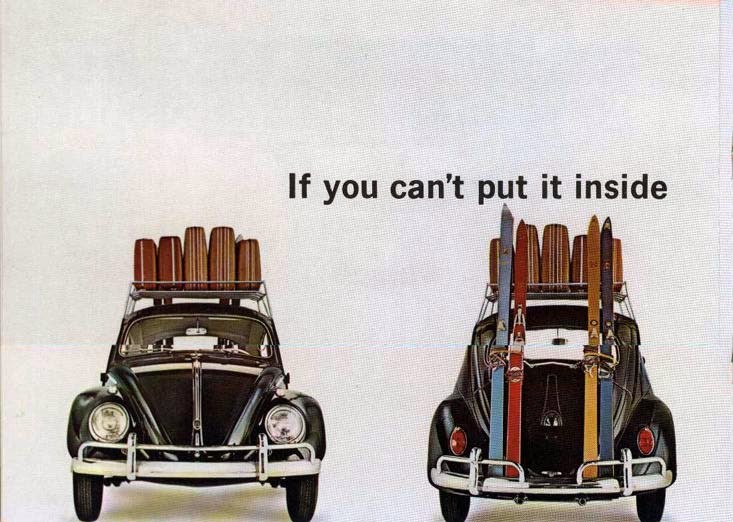 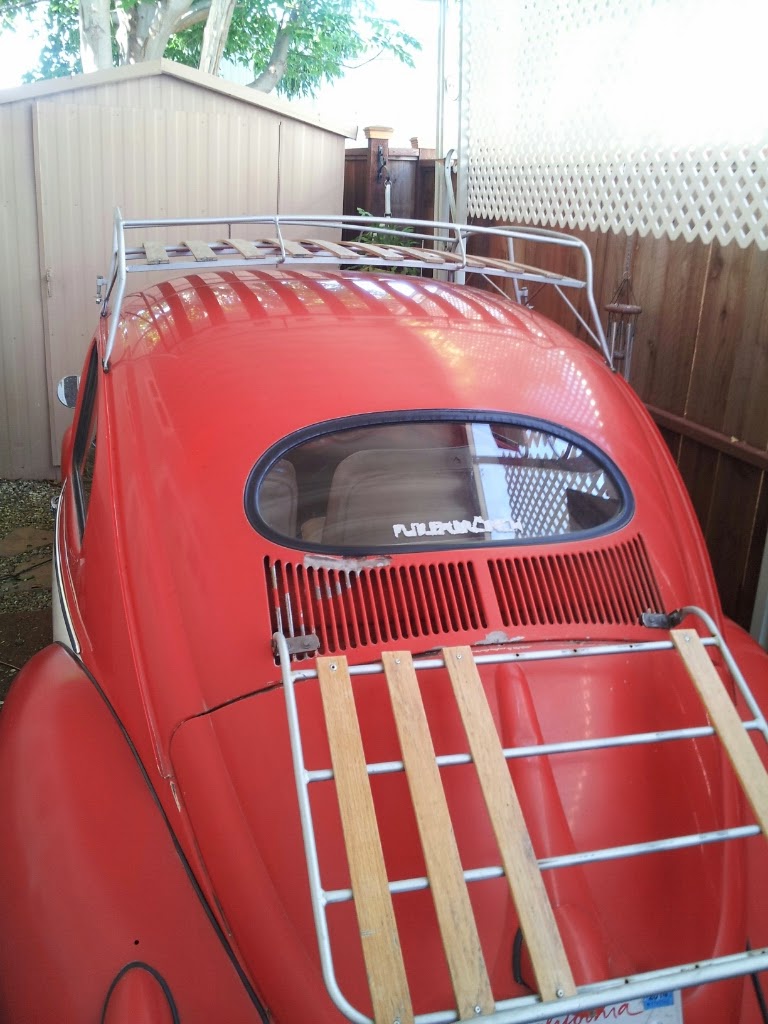 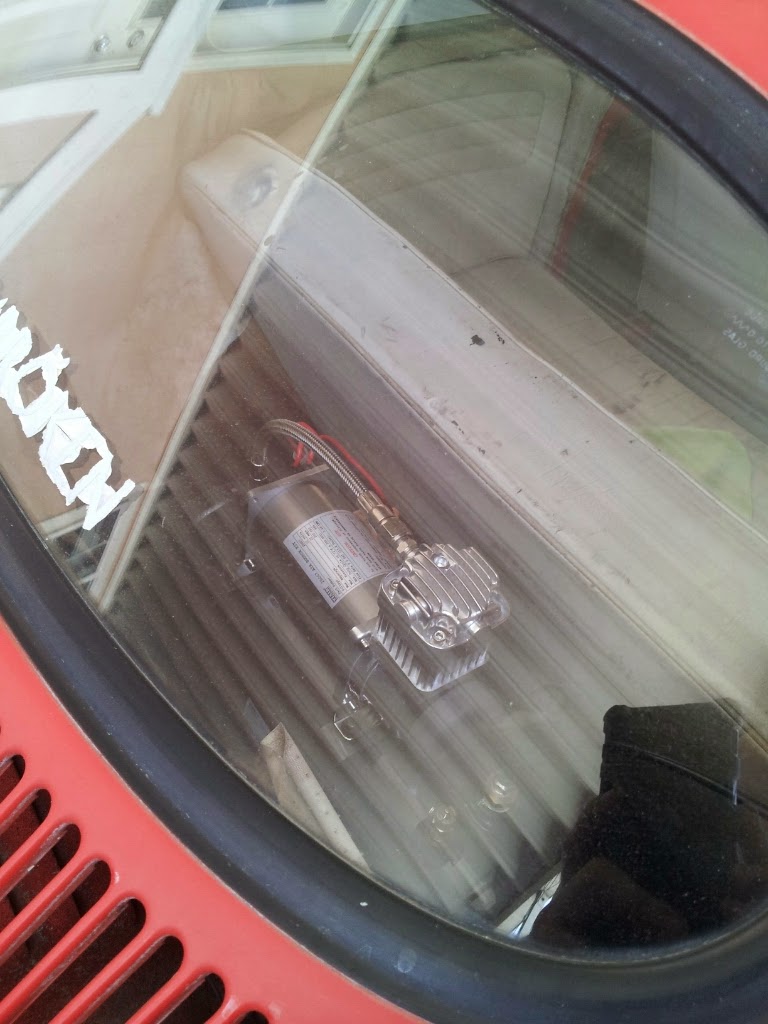 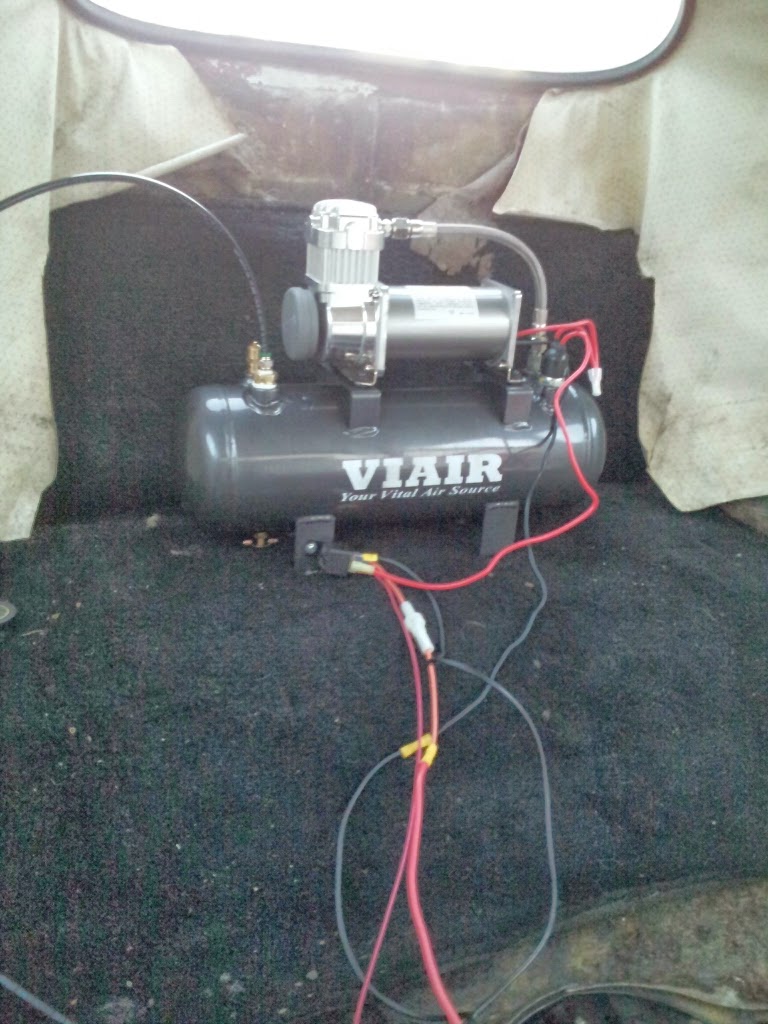 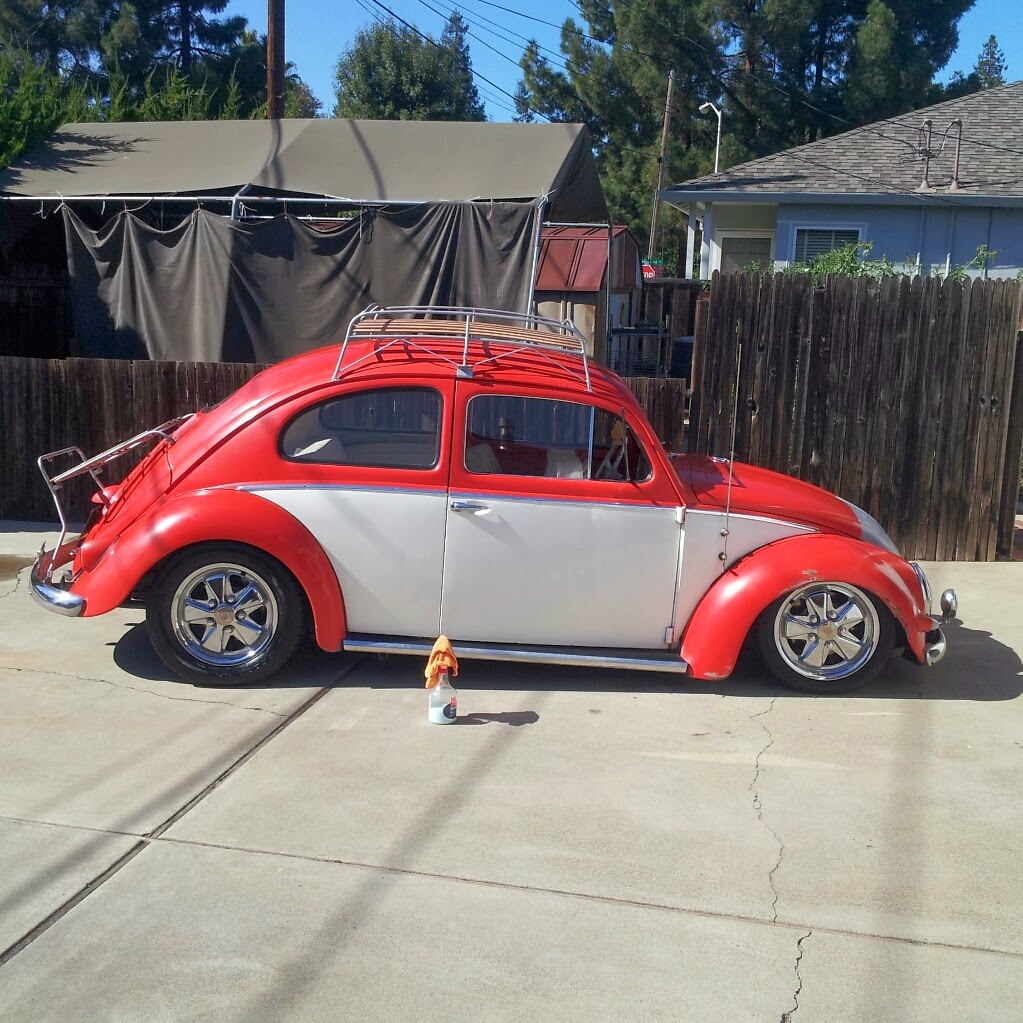 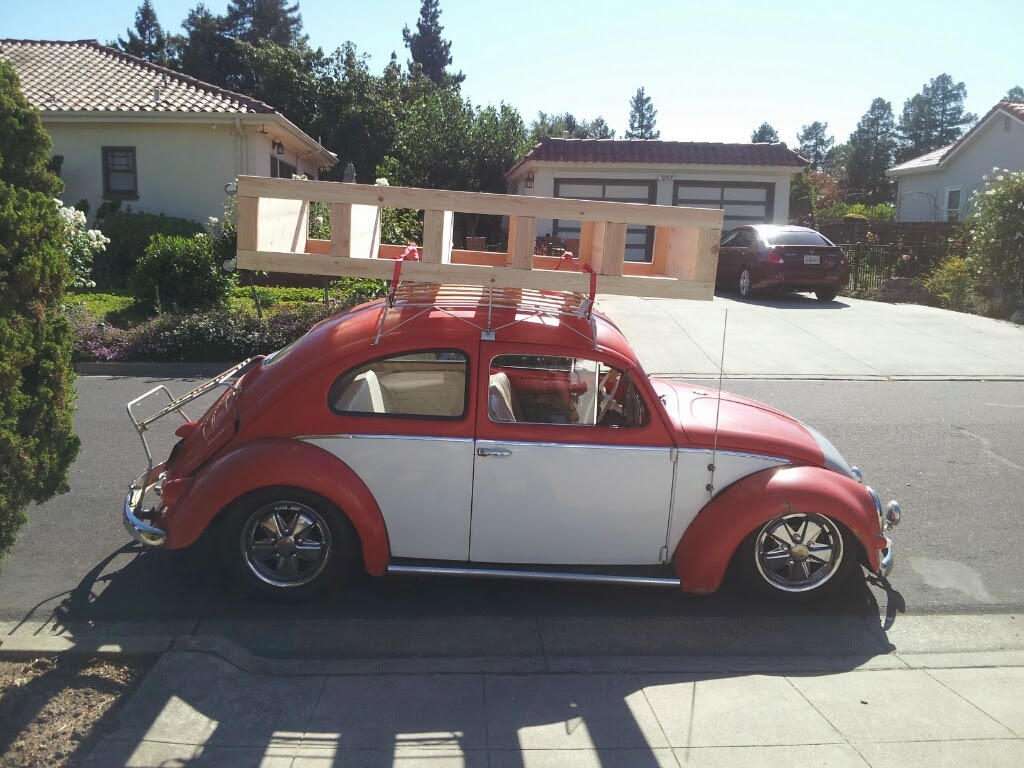 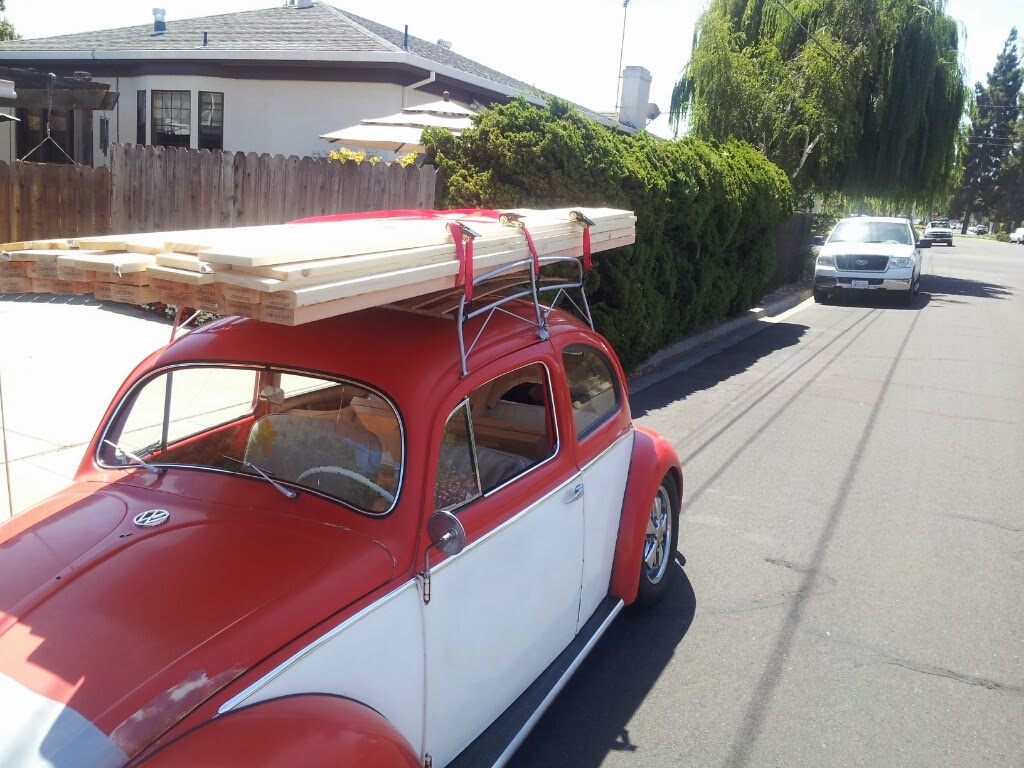 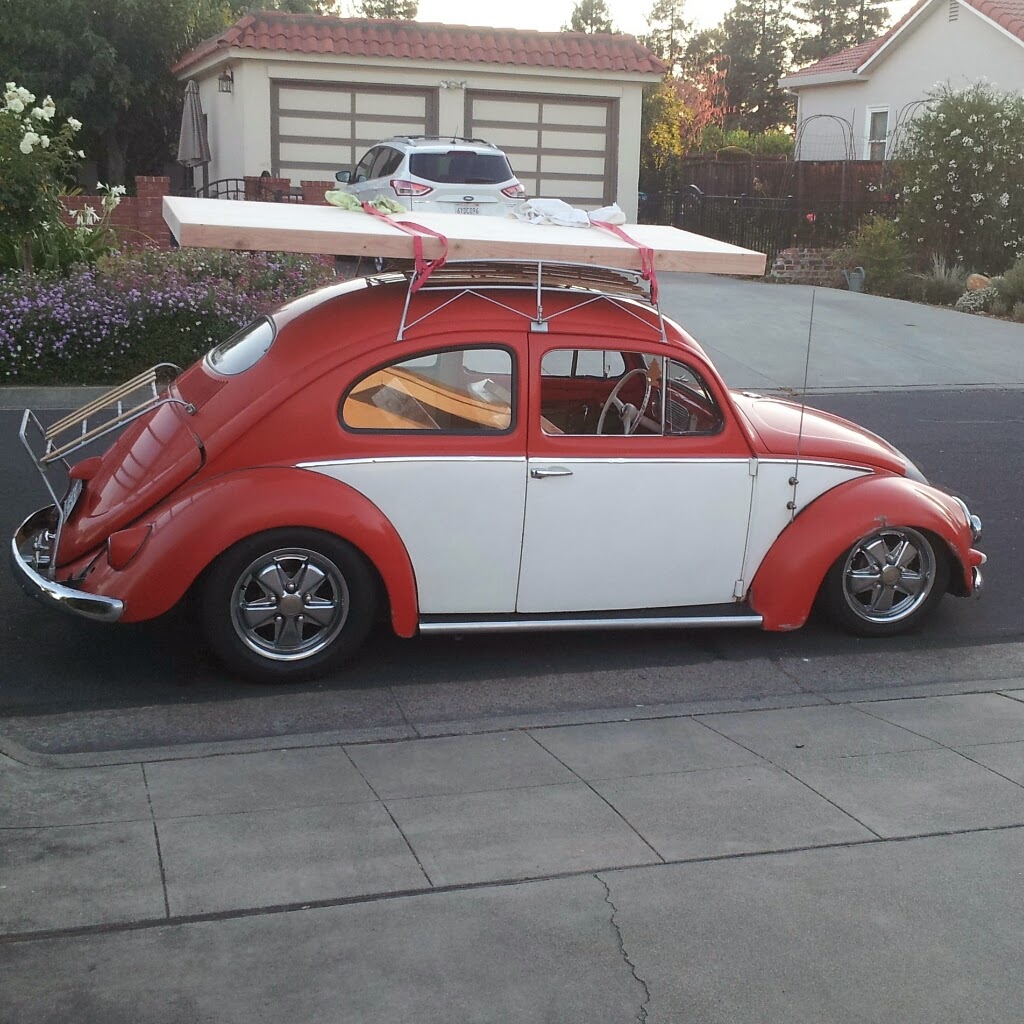 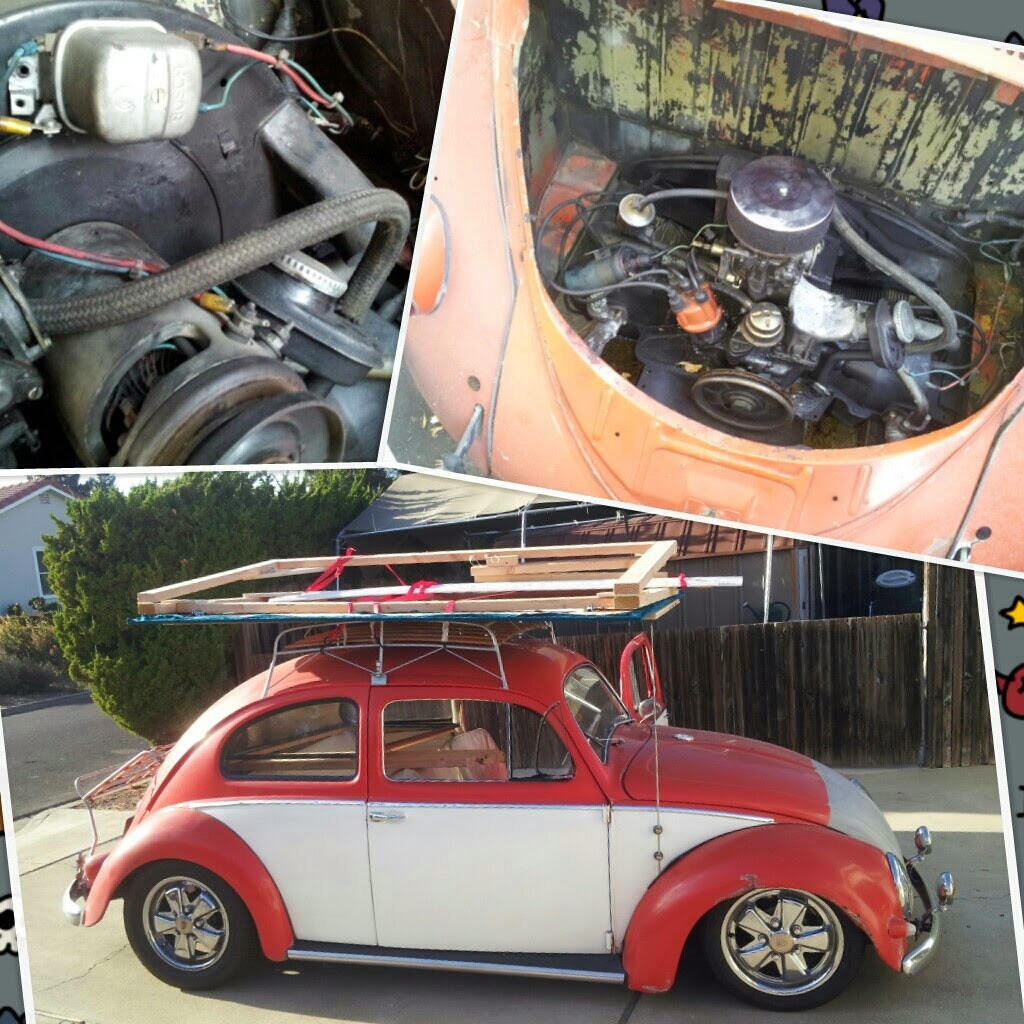 This was my Alice in Wonderland inspired photo wall. While the engineering of this piece let it fold in half once it was together it was six feet tall and eight feet wide!! Easily fit on my roof rack. 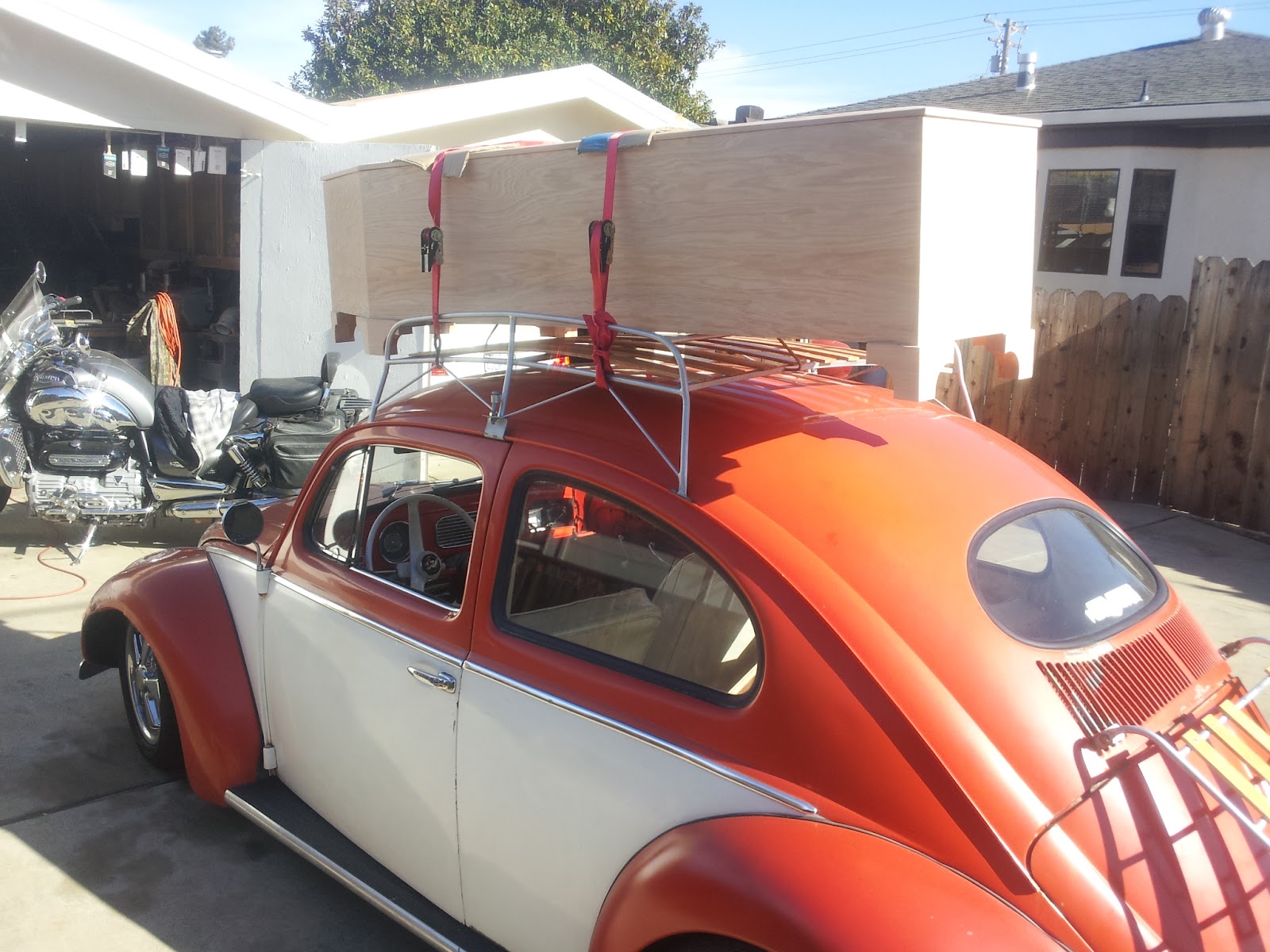 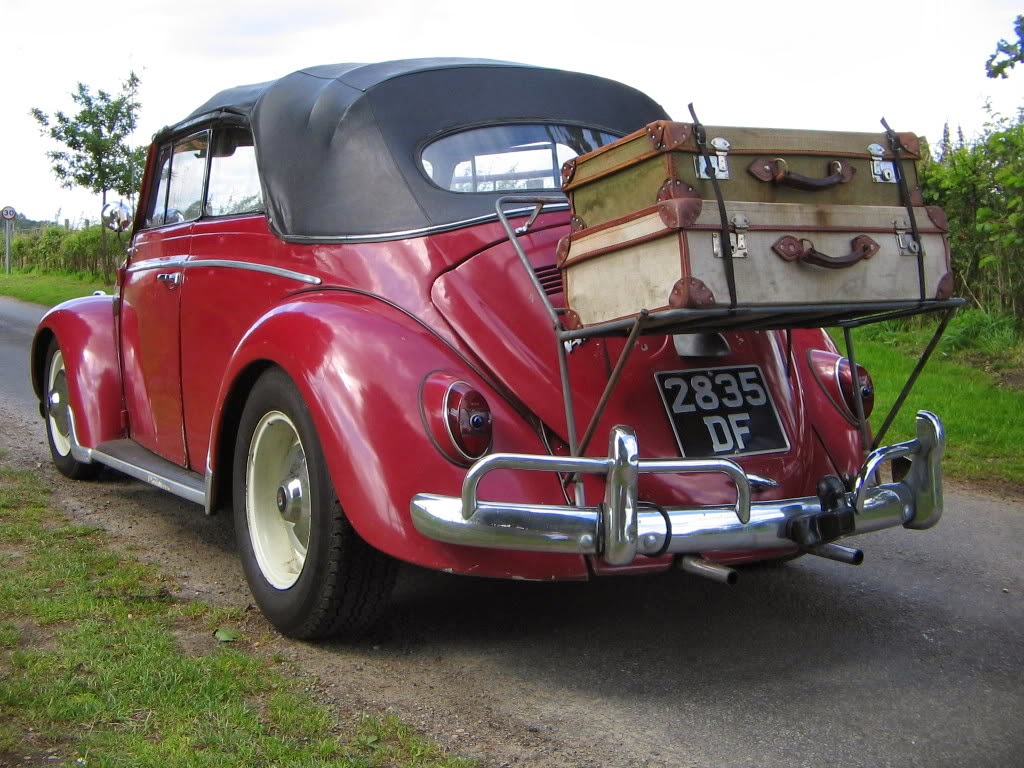 This convertible has a different type of rack than I do, but the concept is basically the same. If I want to have fog, lights, sound, etc I probably will have to make somewhat of a weatherproof box and make sure there are different compartments for each component and make sure it has some holes to get some fresh air in there, so it doesn’t get too hot. Can’t wait to get started!